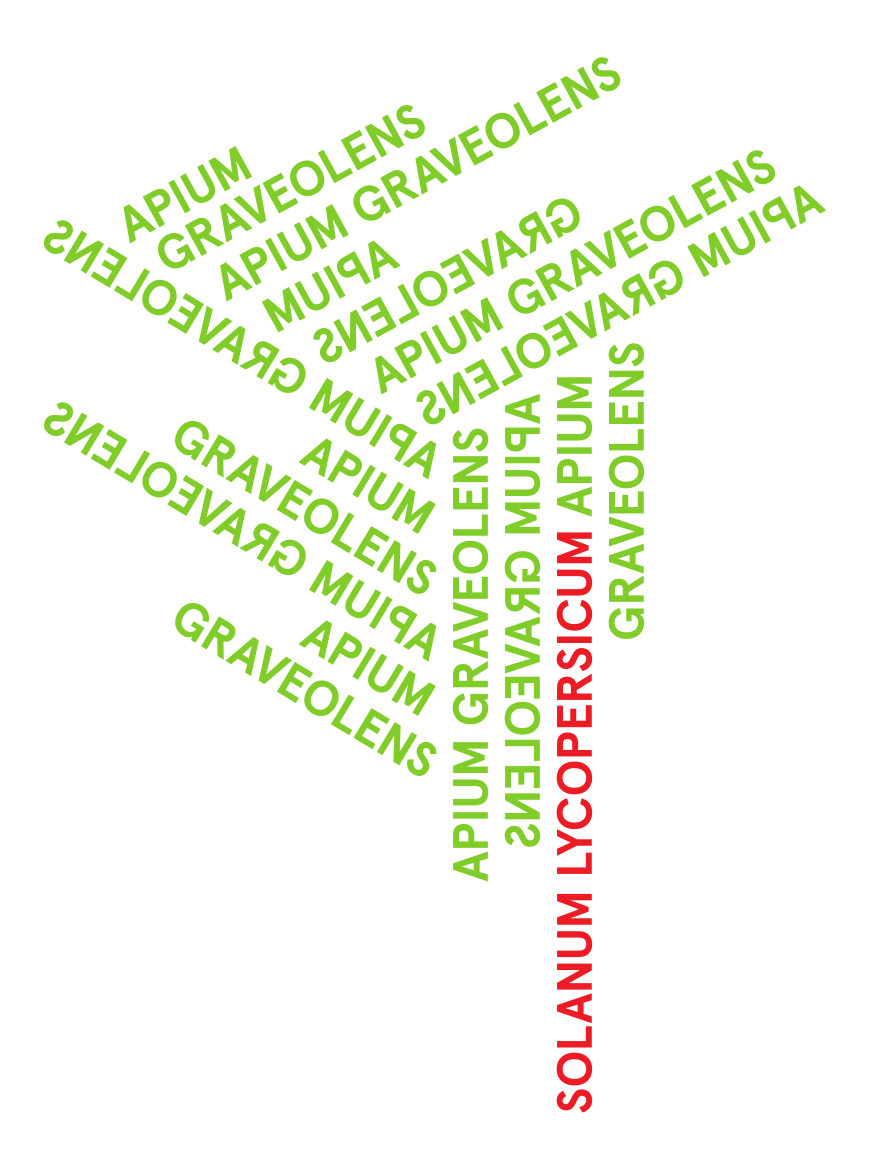 Proportion of Members of the German Bundestag with a migrant background (red).

One of the most important vegetable and salad plants, average consumption per person in Germany about 25 kg, of which two-thirds in processed products such as ketchup and tomato purée. Seeds often reach bodies of water through sewage treatment plants, often extended colonies on the banks of large rivers in late summer.

Native to South America, for instance to Peru. Introduced to Europe in 1600 as an ornamental plant. Cultivation as a crop in Germany only from 1870. Often wild and a neophyte in the process of naturalization.

Grows wild on shores and inland salt flats. Frequently cultivated as a vegetable and spice plant in several varieties as root, blanched, perennial, stalk, and leaf celery, but especially as celeriac. Consuming the plant can lead to cross-sensitivities, therefore mandatory identification in food. Crop area in Germany in 2017 more than 2000 hectares.

Rare and endangered indigenous species in Germany, only one wild population in Baden-Württemberg. Natural area includes parts of Europe and West Asia.

Share of Members of the Bundestag with a Migration Background

Which celery recipes is the head chef of the German Bundestag familiar with? What role does the tomato play in his opinion? And what kind of pressure does the Association of the Tomato Industry put on him when it comes to the question of which of the world’s 23,000 tomato varieties ends up on the plate? What about vegetarian, vegan, kosher and tomato-free international cuisines? Do Peruvian specialties at least occasionally get a chance?

The answer: There is neither an association of the tomato industry nor a chef of the German Bundestag. »A canteen, such as would otherwise be run by a company of this size, does not exist«, claims a 2001 test report at the Bundestag. (1) Instead, the author continues, all members of parliament, even those with a migrant background, »vegetate in a culinary no man’s land« and therefore stick to their briefcases, which frequently contain as a last resort »packed sandwiches and apples«.

Even over a decade later (2014) and on the desperate search for food in the Bundestag, a reporter (2) describes the sighting of a simple handwritten piece of paper: »lentil soup«. In the meantime, according to a report from the year 2018 (3), a veil of complete ignorance obscures the food situation of the members of the Bundestag.

Remember: Whenever there is no thirst for other cultures, your own will starve!