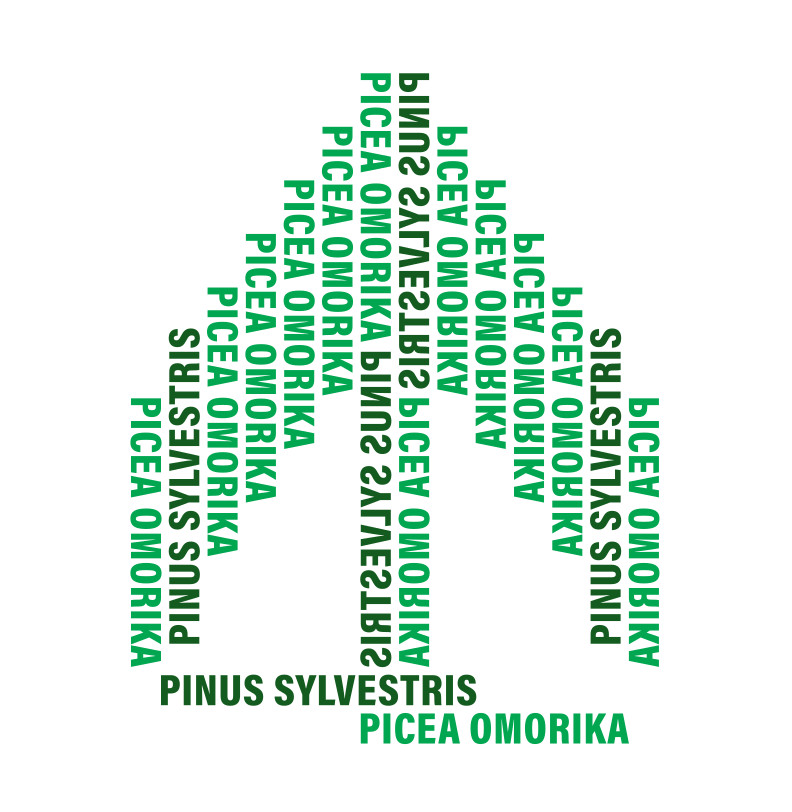 Frequent garden and park tree, because of its narrow crown even small front gardens provide enough space. In Germany characteristic tree of single house settlements, fashionable tree during the 1970s.

Endemic species of the Balkans, whose natural area covers only a very small area on the upper course of the Drina river near the town of Višegrad. First described in 1876 as a separate species; meanwhile widespread thanks to horticulture in Central Europe.

Frequently planted, one of the most important forest trees. In addition to the use of for timber (construction, furniture and firewood) extraction of pine needle oil, formerly also resin extraction.

Indigenous to Central Europe for about 13,000 years, immigrated towards the end of the last ice age. Natural area covers wide areas of northern Eurasia from Western Europe to eastern Russia.

An Idea of ​​Justice

Statistics that rise or fall annually probably seem attractive because you can look for the reasons for the changes, and because they bear some semblance to life and dynamics. On the other hand, statistics that remain unchanged every year signal that there is nothing you can do anyway – then they serve the purpose of repression.

In that sense you can for, instance, blame the dramatic increase in child poverty in non-German migrant and refugee families from 35 (2011) to 54 percent (2017), on the »refugee crisis« of recent years. (1) By contrast, the Federal Statistical Office has been referring for the past eight years to an unchanged poverty rate of more than 13 percent of all German children without a migration background, and of far more than twice as many German children with a migrant background.

Nobel laureate Amartya Sen has analyzed the phenomenon of repression in his book The Theory of ​​Justice (Harvard University Press 2009). According to this, constant poverty indicates that a majority society systematically obstructs or even blocks opportunities, advancement, self-realization, education and political participation and thus actually creates minorities.

At the same time, however, societies can fight processes of fair compensation with blockades. But blockades can rarely be limited in their effect, so that mentally and physically they always hit everyone, even their originators, and are pervasively harmful socially. Conversely, dedicated work against blockades is frequently small-scale and most effective where it develops symbolic power for many.