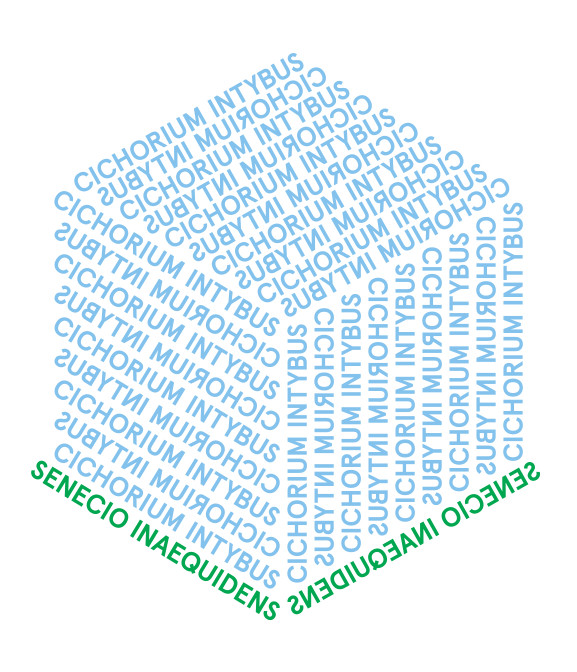 Share of population living in East Germany with a migrant background (green).

Native to South Africa, neophyte in Europe. First observations in Southern Germany in the 1980s. Probably the type of plant that has spread the most here in the last 30 years.

Grows as a wild plant on pastures and ruderal areas and as robust species preferably on roadsides. A biennial cultivar is cultivated as a root or coffee chicory (roasted root as a coffee substitute) and as leaf chicory for salads (chicory).

»Contract workers« (1) was the term used in the GDR for guest workers brought in from Hungary, Algeria, Cuba, Vietnam, Angola and Mozambique in 1968 to work at GDR factories. They lived secluded and were to leave the country after 5 years. But with the Fall of the Wall many lost their livelihood. Only those who fended for themselves and stayed were granted a right of residence in 1997.

Moises Mvuama, born in 1966 in Angola, came to the GDR as a teenager. Instead of a school and university education, a dorm in Eberswalde and a locksmith’s workshop awaited him. And the promised city was reduced to »those ridiculous East-German cars« and counterfeit cola. Contact with Germans was forbidden, or possible only at church.

One night in 1990, three friends left a pub when 50 teenagers attacked them with baseball bats. Moises’ friend Amadeu Antonio wasn’t able to get away. Two weeks later he died from his injuries. – A short time after that, his son was born. The Amadeu Antonio Foundation (Berlin), was founded in 1998 in honor of Amadeu Antonio.

Moises Mvuama stayed to »go to school classes and talk to the youngsters«. In 1994, he married his Angolan wife and became a New Apostolic priest in Berlin-Wilmersdorf: »We have four children who know Angola only from television.«